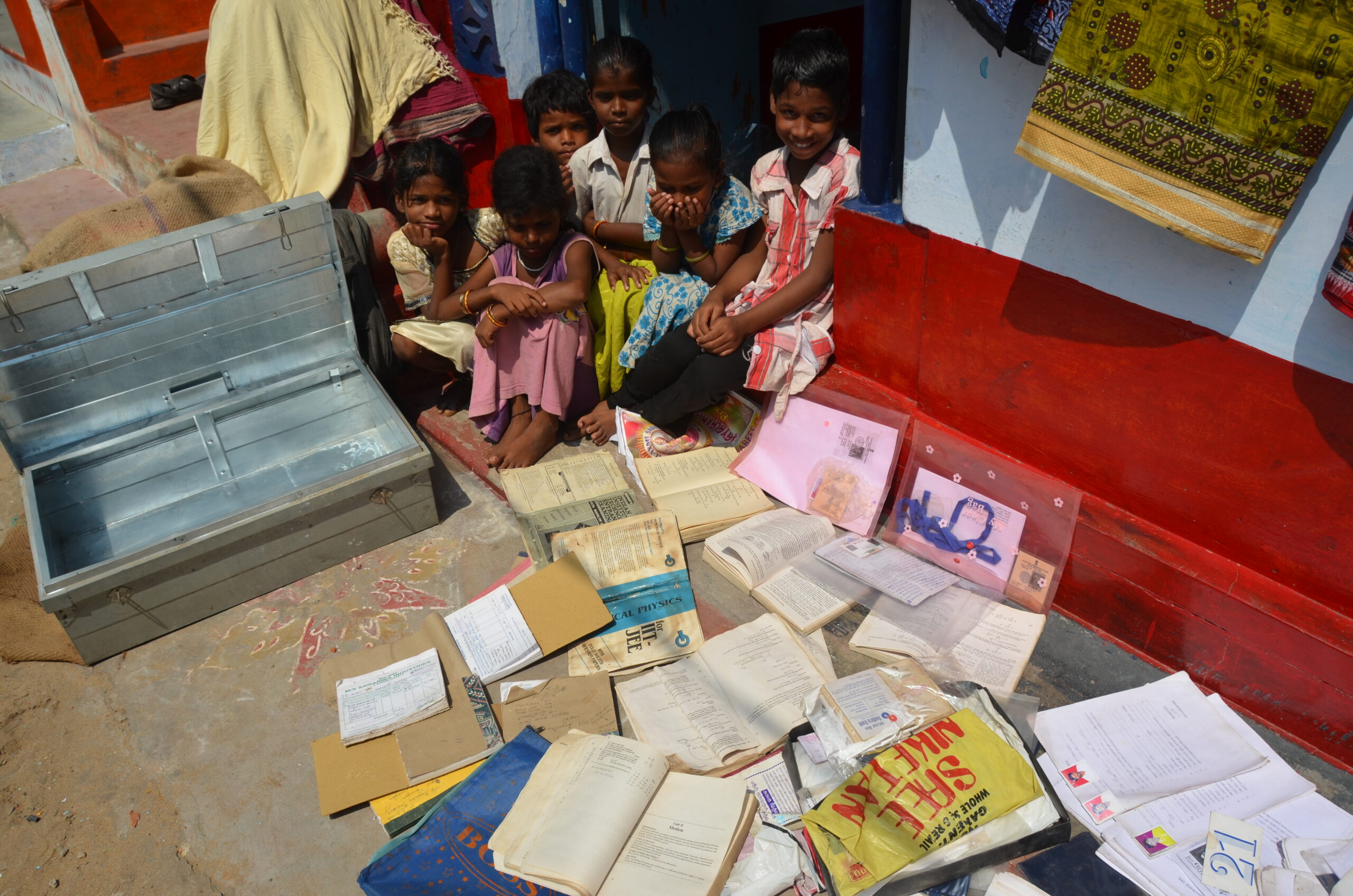 Disaster survivors are alike, but every disaster victim suffers in their own way.

I learned this lesson not from Leo Tolstoy’s opening line in Anna Karenina, but when I was in India’s cyclone-hit areas last week, coordinating an emergency response on behalf of Plan International.

This lesson was driven home by five-year-old Basanti and her friends, who I found perched on the doorstep of a brightly-colored home in the village of Gajapati Nagar. The group was busy drying their rain-sodden schoolbooks in the sun. At a distance, the books looked intact and appeared to have escaped the clutches of the deadly cyclone that devastated their village on Oct. 12. On closer inspection, the books were unreadable, with ink marks smudged all over the pages.

With this simple act, Basanti and her friends were determined to salvage what they could. Even now, words cannot explain the spirit this young girl represents to me.

Disaster survivors are alike with their stories, inspiring hope. But the way in which the girl and her fellow villagers fought the storm is not just a tale of survival — after all, this coastal village was at the center of the storm. The common thread that binds their stories together is the way they fought nature’s fury by putting simple measures in place to save their lives.

This is known as disaster preparedness and risk reduction.

Incidentally, this is the same Indian state that learnt its lesson in 1999 the hard way. But what changed the game? That year, a “super-cyclone,” packing wind speeds of about 300 km per hour, ripped through Odisha, leaving over 10,000 people dead. It was difficult to come across anyone who hadn’t lost someone.

Fast forward to October 2013 and history wasn’t about to repeat itself.

Cyclone Phailin wreaked havoc across Odisha and Andhra Pradesh. It affected over 12 million people, claiming at least 36 lives and destroying more than 650,000 hectares of crops and over 300,000 houses.

In some villages, the devastation is worse than 1999. So what saved thousands of lives this time? There are four theories:

The government’s investment in weather prediction technology resulted in accurate projections about how and where the cyclone would unfold. A cyclone alert was issued five days in advance. Timely action by governments in Odisha and AP resulted in evacuating over 900,000 people away from the danger zone. Media also played a live-saving role through live broadcasts and an overarching omnipresence that put the government and its actions under scrutiny.

It’s clear the 1999 cyclone was a wake-up call for the Indian government, as disaster risk reduction measures followed suit. Donors like UNDP, ECHO and UKAID funded innovative projects, some focusing on children. Today, Basanti and her friends are living proof it worked.

What to do now

While part one of this story has gone according to the script, this tale is not over.

With reports of worsening floods, providing life-saving relief, getting children back into school and rebuilding communities is a huge task. Will the government pay the same attention demonstrated during the recovery efforts?

For Basanti and her friends, I hope so. Now the government must focus on providing clean water and sanitation facilities to reduce the outbreak of disease. Farmers and fishermen need urgent financial assistance to rebuild lives.

During my visit I came across schools and early learning centres that had been destroyed. The government says it needs approximately $50 million to rebuild schools – an essential investment, especially for girls.

In a recent report, Plan says that girls are more likely to be pulled out of schools during emergencies – and least likely to return after.

Electricity lines have been knocked down, and a lack of lighting can amplify threats, especially for girls, whose needs for protection, healthcare and education in emergency settings are usually not recognized by governments and humanitarian agencies.

In the district with the highest HIV prevalence in India. Health, the sexual and reproductive health of young people should also be a priority in relief and recovery efforts.

You can’t stop a cyclone, but you can fight a storm, reduce its impact and save lives through disaster preparedness.

So, if you are a millionaire (or if you know one), here’s an investment proposal: The best return for your money is not trading stock — it’s DRR.

And even more importantly, if you invest in children, especially girls, you might be able to multiply the results over generations. Just look at Basanti and her friends — they’re living testimonies.

Edited version of this also appeared on DEVEX: https://www.devex.com/news/a-tale-of-2-cyclones-82203