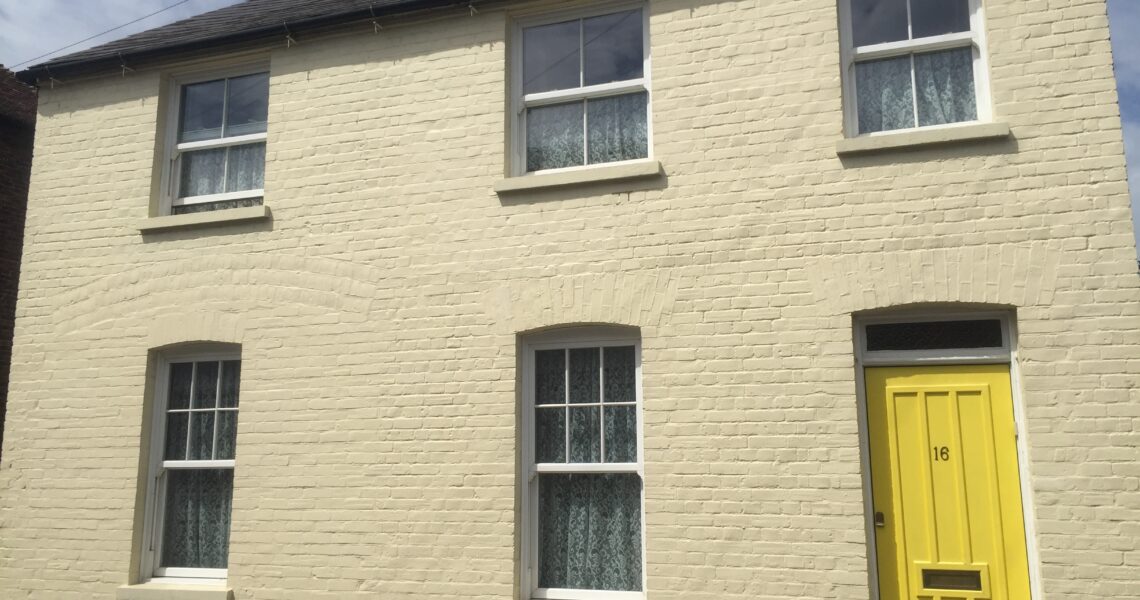 Now, I live in London, but in the immediate aftermath of the Nepal earthquake, I was deployed to the devastated country as part of Plan International’s emergency response.

Having recently returned from Nepal’s earthquake-affected areas, I was keen to see how the two compared. So two days after the earthquake in Sandwich, I took a day trip to Kent to see the “impact” of the earthquake.

Sandwich is a historic town, located in south-east England. The 4th Earl of Sandwich, John Montagu, is claimed to be the inventor of the sandwich. Charles Dickens, who wrote famous novels such as ‘A Tale of Two Cities’, even spent his last days in Kent.

In my mind, I still have vivid images of the devastation in Nepal amidst archival data destructive earthquakes elsewhere in the developing world. Yet, what struck me in Sandwich was it seemed to be business as usual. Nobody was injured.

When the earthquake woke them up, they had a cup of tea, kept their calm, then went back to sleep. Some residents said that the tremor triggered car alarms. Two school children told me that the ‘shaking’ woke them up, but they were not scared.

Over a cup of coffee in the University of Kent’s canteen, Bhargabi, a first year undergraduate, told me she slept through the whole episode. By the time she woke up in the morning, she had received over 150 instant messages from friends, showing “devastating scenes” of scattered garden furniture and overturned wheelie bins. There was not much on earthquake safety measures, however students had lived out their experiences on social media.

Given the growing popularity of mobile technology and social media across the globe, it is time to consider whether social media has a formal role to play in disaster prevention or response. Perhaps Facebook and Twitter may want to start automatic instant messaging on safety tips (what and what not to do) just after such earthquakes or just before an imminent storm, to the impacted areas. It could help save lives.

In Ash, near Sandwich, the epicentre of the earthquake, stands the church of St. Nicholas, parts of its history date back to 1190 AD. The earthquake on 22 May did not even stop the old, impressive clock on the 15th century church tower.

Yet, in Kathmandu all the clocks stopped. Seismologists say the earthquake that hit Nepal on 25 April was 260,000 times greater than the one in Kent. It was the worst earthquake to hit Nepal since 1934, and it killed over 8,000 people and injured over 19,000. During my visit to Nepal, I came across hundreds of destroyed houses and commercial buildings. Entire villages were wiped out. Lives and landscapes changed forever.

I also came across small children, scared. Their schools had been destroyed, damaged or considered unsafe. Closed schools worry children. Centuries-old buildings were damaged or destroyed at UNESCO World Heritage sites in the Kathmandu valley. The disaster in this mountainous country, one of the poorest in Asia, reversed all development gains.

Comparing Kent to Kathmandu may not make much sense as we are talking of two events with exponentially different magnitude. Still, it reminds us that if you are in a developed country where buildings are strong, you have a far better chance of surviving an earthquake than in a developing country.

And, if you are a child, not only do your schools and homes stay safe and intact, but lessons about disaster preparedness from school days improve your readiness and capacity to cope. You might even be back at school the next day.

In August 2014, San Francisco experienced an earthquake measuring 6.1 on the Richter scale. Roads were destroyed and several people were injured. There were no immediate deaths and life, in general, the city did not come to a standstill.

By contrast, the 2010 Haiti earthquake measured 7.0 on the Richter scale and killed 220,000 people, while approximately 16,000 children died when schools collapsed in the 2005 earthquake in Pakistan.

To stop earthquakes from killing children, we need safe buildings and schools. To break the cycle of disaster vulnerabilities, we need new, innovative ideas. Kent and Kathmandu offer lessons in disaster risk reduction. Both have been “hit” by earthquakes of different magnitude – but the level of preparedness and resilience have been different. To rebuild Kathmandu, it will take several years and will require long-term investments.

What if we borrow from the concept of “twinning cities”? This idea was designed to promote cultural and commercial ties that became popular after the Second World War to foster friendship and understanding between different cultures. It was also an act of peace and reconciliation as well as to encourage trade and tourism.

The same concept can be used to strengthen bonds between people and to build a culture of safety, disaster preparedness and resilience. It could foster people-to-people cultural exchanges as well as formal collaboration.

One way forward could be something like a sandwich degree programme, where students spend a placement year in another university or accept an internship during the course of their studies. It could be a sandwich programme for humanitarian professionals, government officials, artists and architects, writers and teachers, plumbers and city planners. It could be culturally enriching, educative experience for hosts as well as guests.

So, anyone for a sandwich programme in Sandwich?

An edited version of this blog first appeared here https://plan-international.org/blog/2015/06/tale-two-earthquakes