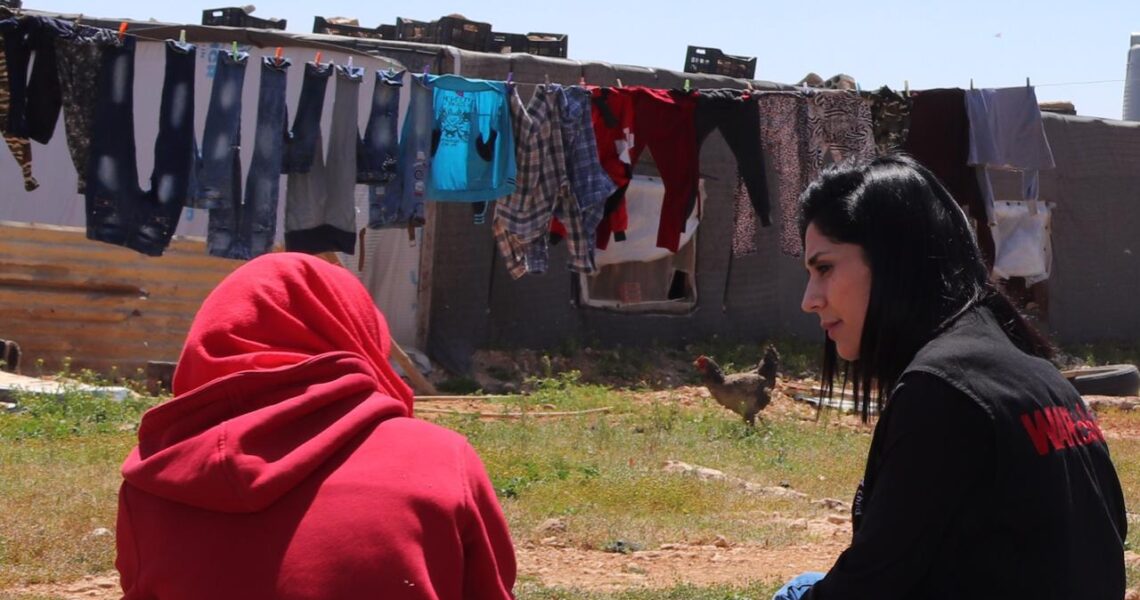 A crisis does not produce heroes. A crisis just brings out true heroes.

Meet Fatima Nabaa. “I was in a hospital with my sisters when the news broke,” Fatima tells me. It was just another day, but the explosions in Beirut changed everything. “First, we thought it was an air attack from Israel, then we knew it wasn’t. Luckily, the hospital I was in with my sisters was not hit, since it was in the city’s outskirts.”  Fatima asked her other sister to take care of her sister who had come for a routine check-up. Fatima immediately drove to a hospital near Beirut port—the flashpoint of explosions, to do what she does best—help people who need assistance in crisis settings. She worked together with nurses and other hospital staff taking care of the survivors. Fatima has been on the frontlines responding to the aftermath of the recent explosions that wiped out large parts of Beirut and left over 170 people dead and 300,000 homeless.

With multiple disasters and humanitarian crises confronting humanity, thanks go to the humanitarian workers who make the world a more caring and compassionate place where the human call is much louder than the dilemma of keeping away from the dangerous zone. Every health worker—nurse, doctor or ambulance driver on the frontlines of the fight against COVID-19 pandemic or the Ebola outbreak in the Democratic Republic of Congo or community volunteers dealing with the explosions in Beirut, war zones and disaster settings—is a living example.

With the international world order becoming more unpredictable, delivering humanitarian aid where it is most needed is a dangerous task. The lives of humanitarian workers are not safe anymore.

In 2020, nearly 168 million people will need humanitarian assistance and protection. This represents 1 in about 45 people in the world—the highest figure in decades. At least 79.5 million people around the world have been forced to flee their homes. Among them are nearly 26 million refugees. UN’s refugee agency estimates that 1 per cent of the world’s population have fled their homes because of conflict or persecution. With wars becoming more brutal and lawless, and the planet becoming hotter and pushing more people to flood and cyclone storms or an untamed pandemic wiping out lives and wrecking livelihoods, the work of humanitarian workers and aid agencies is increasingly more critical than ever.

In 2009, the United Nations General Assembly formalised August 19 as World Humanitarian Day—a day dedicated to remember and celebrate the work of humanitarian workers and to commemorate humanitarian workers killed and injured in the course of their work. This day is designated in memory of the 19 August 2003 bomb attack on the Canal Hotel in Baghdad, Iraq, killing 22 people, including the UN chief humanitarian representative in Iraq, Sergio Vieira de Mello.

Despite best intentions and the noble life saving work they do, humanitarian workers often come under attack. In some instances, they are targets.

UN estimates that in 2019, 483 humanitarian workers were attacked worldwide. 125 were killed, 234 wounded and 124 kidnapped in a total of 277 separate incidents. Most of the attacks occurred in Syria, followed by South Sudan, Democratic Republic of Congo, Afghanistan, Central African Republic, Yemen, and Mali. 90 per cent of all attacks worldwide have been on the national staff.

This is a heavy price to pay for just helping others who are in crisis and for being compassionate to humankind. Such attacks are a dark spot on humanity, putting millions of people at risk by denying them care and aid.

Local volunteers and aid workers are always the first responders during a disaster or war. At times, they are the only responders. They are on the ground rolling up their sleeves and digging deep into the rubble to rescue people with their bare hands after a bombing in a war zone or during an earthquake.

Fatima was only 15 years when: “I started doing humanitarian work as a student volunteer with the Lebanese Scouts in the local municipality in South Lebanon,” she says. That was in 2004. “I rebelled with my parents,” recalled Fatima, since Scouts was mainly for boys. “I speak good French, so I offered translation services,” says Fatima about her first humanitarian mission.

“People who have lost everything need food, water, medical assistance and shelter. However, they also need someone to listen to them— to their anxieties, concerns, and aspirations.” This is a lesson that has guided Fatima ever since her time as a scout. Fast forward, Fatima is now a psychologist and works with War Child, a humanitarian agency that works with children in war and refugee settings.

It is from such local homegrown heroes that humanity draws its first breath during a crisis. Most such true heroes I have come across in disaster or war zones are angels without uniforms or a branded t-shirt. They place other people above themselves—and this is what makes a true humanitarian.

The world’s ability to respond to disasters and wars depends on local people. They are the true unsung heroes in every crisis. Countless such local heroes remind us of a simple truth—we are one humanity and supporting one another is key for our survival and development. Universal values such as compassion and solidarity are their guiding spirit.

Highly violent disasters and wars are causing widespread hunger, displacement, death, and destruction around the world, with ordinary civilians taking a heavy toll and accounting for 90 per cent of the casualties. Such a toll is invisible and has long lasting emotional consequences. During my visits to the frontlines of disasters, wars and disease outbreaks, I have come across children—often years after they have been exposed to disaster—demonstrate long-term trauma from a tsunami or refugee children impacted by a war.

One-third of the global population is experiencing some form of ‘lockdown’ triggered by the COVID-19 pandemic. We witness the best and at times the worst of humanity during such crises. The pandemic also reminds us of the hidden heroes amongst ourselves—ambulance and taxi drivers, frontline community health workers, delivery people, etc., in addition to the obvious ones such as water engineers, nurses and doctors. The world’s ability to respond to such shocks, disasters and wars depend on these selfless heroes.

Building a post COVID-19 world is a trending topic. Protecting the lives of the selfless humanitarian workers is absolutely necessary to advance and make the world a better, compassionate, just, peaceful, and safe place.

“Find a cause and use your energy” is Fatima’s message to young people. Humanitarian work is a great cause, a good starting point.