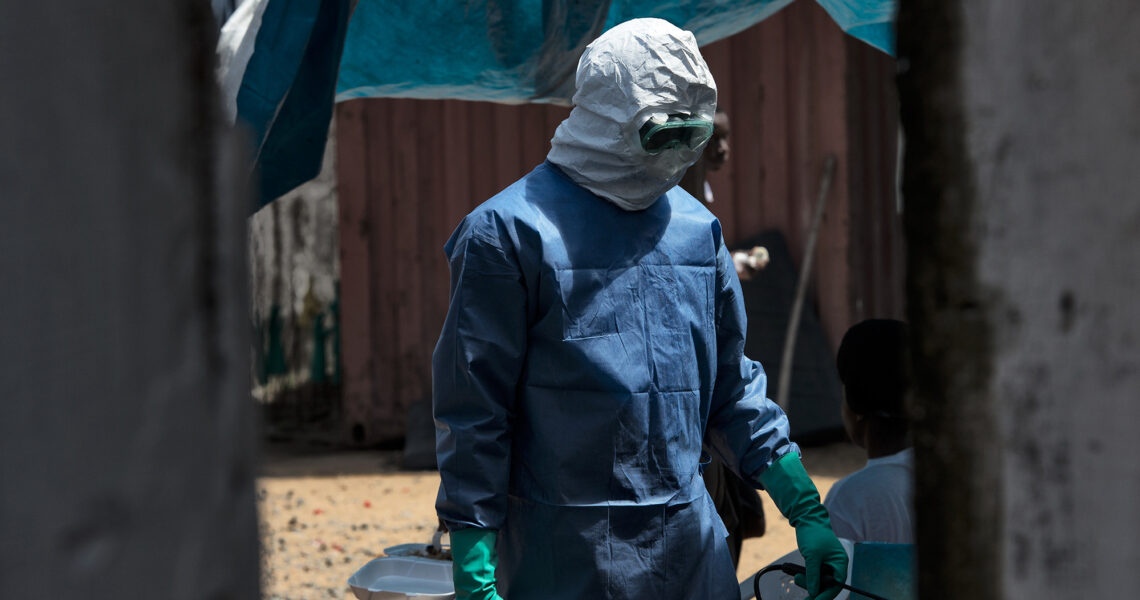 Prevention is better than cure- this maxim applies for all disasters, including public health crisis such as an Ebola outbreak…

A close look at how modern technology could help and hinder in the fight against a lethal foe.

A 1995 Hollywood blockbuster movie -Outbreak, starring Dustin Hoffman imagined the outbreak of a fictional Ebola -like virus (called ‘Motaba’) in Zaire (now Democratic Republic of Congo) and its spreading to a small town in the United States. The film raised various “what-if” scenarios- that, although highly dramatised and fictional, have basis in reality.

The current Ebola outbreak in Guinea risks spreading to neighbouring countries. If it happens, it could have devastating consequences in this West African country of ten million people and for its neighbours such as Liberia and Sierra Leone. Communities, in the border areas between Guinea, Liberia and Sierra Leone are particularly vulnerable – Sierra Leone imports many of its goods from Guinea and the Guinea capital, Conakry, is a key trading hub.

A combination of public health, health education and communication is necessary to stop the spread of the deadly virus. Thankfully, today, the world should be well positioned to stop its spread.

A deadly virus- a doctor’s nightmare

Once contracted, the Ebola virus (the type associated with haemorrhagic fever) attacks the body and overwhelms the immune system- it attacks every organ and tissue of the human body except the bones and skeletal muscles. Bleeding then occurs from body orifices and gaps in the skin. Huge loss of blood, renal failure, or shock leads to death- all these can happen between 2 to 21 days. The battle against Ebola is a battle against time.

Fever, intense weakness, muscle pain, head ache and sore throat are some of the symptoms- in a ‘hot zone’ with confirmed Ebola cases, these symptoms must be taken seriously and reported to health authorities immediately- any delay can lead to further spread.

The bad news is there are no medicines and vaccines to cure. Ebola kills between 25 % and 90% of its victims. In the outbreak in Guinea, a total of 87 suspected cases of viral haemorrhagic fever have been recorded. Of those, 61 people died.

The disease is transmitted by direct contact with blood, faeces or sweat, or by sexual contact or unprotected handling of contaminated corpses. Avoiding contact with those who are infected with Ebola is the best way to contain the spread. Sadly, practises such as touching or hugging bodies of Ebola victims during their funeral (common in parts of West Africa) are often direct sources of more infection. Media have reported that Sierra Leone authorities are investigating the case of a 14-year-old boy who died in the town of Buedu, eastern Kailahun District. The boy had travelled to Guinea to attend the funeral of one of the outbreak’s earlier victims.

Raising awareness of infection risks and the measures individuals are vital. Public health messages should focus on:

• Prompt and appropriate burial of those who have died from Ebola.

Fight the battle over airwaves, text messages and social media:

When Ebola was first detected in the 1970s, health workers armed with mega phones and loud speakers used to visit villages to spread public health messages, often putting their own lives at risk. I recollect a similar experience while involved in coordinating a response to a ‘Plague’ (relatively less lethal compared with Ebola) outbreak in India in 1994.

Fast forward to 2014– today, thanks to the penetration of mobile phone technology and radio waves into remote villages in Guinea, there are safer and better opportunities to get the health messages across without getting into contact with ‘hot zones’.

Ebola is a doctor’s nightmare and no child’s play. The flip-side of developments in transportation and aviation mean that people are much more transient and there are more flights and movements in and out of countries – potentially moving the disease further afield. Media and mobile phone technology are useful tools to fight this disease. Guinea has many mobile phone users. According to the International Telecommunication Union, UN specialised agency for information and telecommunication technologies, Guinea had some 4.7million mobile phone subscribers in 2012. Each one of them -both young and old- can be a soldier in the battle that needs to be fought using airwaves and text messages.

Prevention is better than cure- this maxim applies for all disasters, including public health crisis such as an Ebola outbreak. Better awareness, strong preparedness measures, targeted work with vulnerable groups and spots (such as border towns), and active involvement of communities and general public to spread messages of prevention and public health are the essential ingredients.

This is better done through a robust public health system- perhaps the only shock absorber in such crises. The country spends approximately 1.6 % of its GDP on public health- in comparison France spends 8.9 % . The crisis should serve as a catalyst to invest better in public health measures and improve disaster preparedness measures.

An edited version of this blog also appeared on Huffington Post: https://www.huffingtonpost.co.uk/unni-krishnan/ebola_b_5027058.html