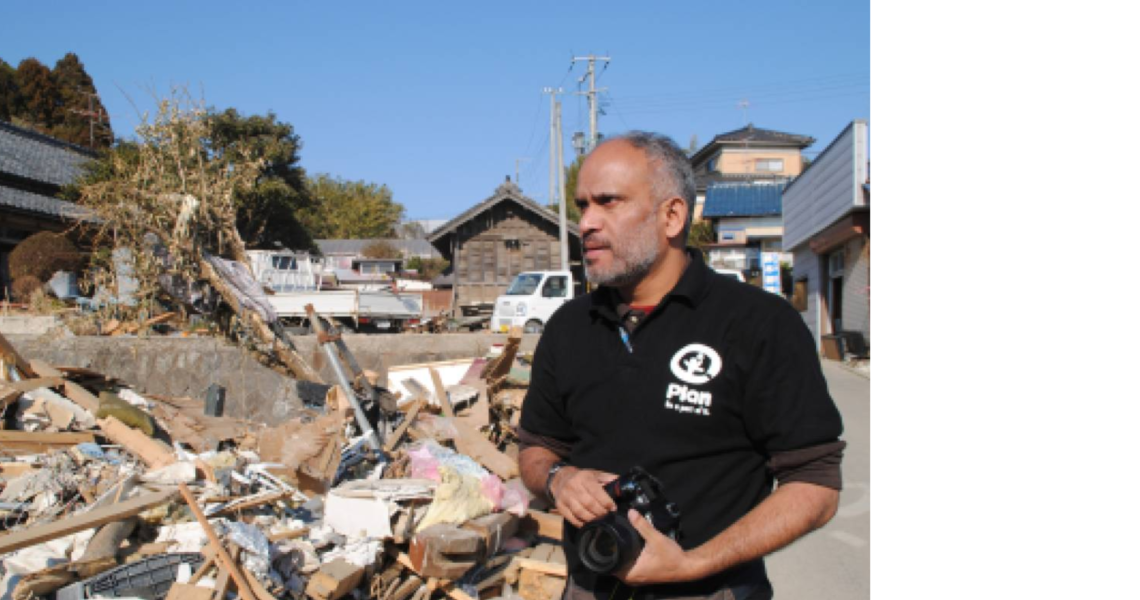 Photography has turned on Japan. Three months after the earthquake and tsunami hit, the country’s love of digital images is battering the national psyche.  Immediately after the event, pictures of the destruction in Miyagi prefecture flooded the media.  Three months on, these images of devastation, death and damaged nuclear stations, are still pouring out through mainstream channels and social networks.  Japan’s thought to have more cameras and camera-equipped mobile phones per person than any other country in the world.  As happened after 9/11 in the US, the proliferation of negative images is prolonging people’s agony.  For Japanese children, the photos have a haunting impact and are amplifying their emotional suffering.

I’ve just returned from my third visit to Japan since the disaster, leading Plan International’s emotional first aid work for children and their families.  I met parents in Sendai whose kids are unable to sleep through the night.  They can’t forget what they’ve witnessed and what they continue to see in papers, on the internet and on television.  Some experience flashbacks.  Others live in fear another major earthquake will strike.

The media needs to shift gears.  If the Japanese are to move on, social channels, papers, magazines and broadcast outlets need to focus on the positive:  How survivors are rebuilding their lives, the stories of hope and resilience.  Experience proves that this point – three months after a major disaster – is critical.

In addition to its reporting role, the media also has a responsibility to inform, educate and empower people.  During an event at a university in Sendai, a student stood up to speak about her fears of nuclear poisoning.  She broke down.  It took her half an hour and a lot of encouragement, just to get some words out.  She told us that she needs reliable and scientific information about the nuclear reactors, in order to beat her anxieties and fears. The media – both in Japan and globally – needs to provide just that – in a creative and empowering way.

Like the media, the government, aid workers and local people need to take a deep breath, assess the current ground realities and look to the future.  This is the time to take on board what worked, and what did not, after other disasters in both developing countries (like the 2004 Tsunami) and developed countries (like Hurricane Katrina).

One of the challenges in humanitarian response is the potential to get caught up in relief work.  While life-saving assistance is vital; three months after any major disaster, early recovery work needs to be underway.  The economy, infrastructure and the hefty task of rebuilding people’s lives all have to be addressed.

Emotional recovery is also key.  Fortunately, in Japan, professionals have stepped in and are already taking an active role in addressing this issue, which often falls through the cracks.  Last week I attended a conference in Sendai with 300 mental health practitioners, psychologists and volunteers who’d come together to learn how to help people move on.  Long-term, Plan is working with an organisation called Care Miyagi on projects that aim to ease the psychological impact of the disaster.  Children are at the centre of our work

Instead of reliving the destruction of March 11 day after day through photos and film, the Japanese people need space to picture a different future.  Instead of concentrating on emergency relief, international, local and governmental agencies need to widen the lens and look at the long term.  This will draw back the focus in Japan to the potential of children and their communities: to survive, to conquer and to flourish.