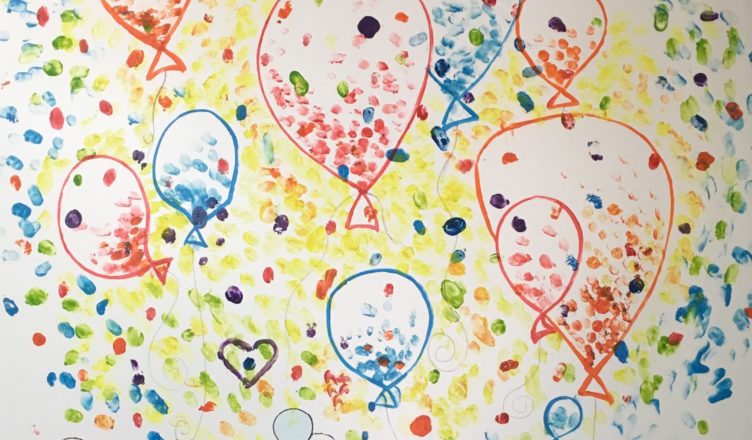 Immediately after a disaster, life-saving aid floods into a country. Yet, while humanitarian workers are adept at dealing with the physical needs, they can miss the invisible needs of disaster survivors – such as mental health and psychosocial support, especially for children.

Emotional care should find a central place in disaster settings.

March 2015: If you want to respond to and recover from a disaster and its impact on the mind, be prepared, play hard and plan for the future. Some might say it’s a mind game.

Immediately after a disaster, life-saving aid floods into a country. Yet, while humanitarian workers are adept at dealing with the physical needs, they can miss the invisible needs of disaster survivors – such as mental health and psychosocial support, especially for children.

Tropical Cyclone Pam, which hit Vanuatu, resulted in catastrophic damage. The storm, one of the worst ever to hit the Pacific, reminds us of the real world we live in and how quickly it can tear lives apart and leave thousands homeless. The storm also affected Solomon Islands, Tuvalu and Kiribati. The frequency and intensity of storms are increasing with each year, and it is imperative we are prepared to deal with them, both physically and mentally.

In short, the mind matters and healing is as much of a ‘mental’ process as it is a physical one.

Why? Well, there’s only so much a person can take, literally. Liken the mind to a balloon. If you keep pumping air into it and don’t let off the pressure, something has to give.

Disasters result in bitter memories. Psychological suffering manifests instantly and often remains for a long time. These involve normal, natural reactions to an abnormal situation. When you live through a disaster, there is a limit to what your mind can take – much like a balloon.

Around this time last year, while responding to the armed conflict and humanitarian crisis in South Sudan, I came across a group of 100 children in Awerial in the Lake District in South Sudan – some singing, playing and some crying.

Yet, in that crowd, there were 2 girls that stood out – Madiha*, 9, and Lina, 4*. The pair had sought refuge in a Plan International child-friendly space and it was there I discovered their story.

Madiha told me how her hometown of Bor, Jonglei state, had turned into a battleground. She saw armed men killing everyone in sight. The violence spiralled out of control, thousands died and a mass exodus began.

On 28 December 2013, armed men seized Madiha’s mother and father. Later that day, they were shot dead at close range. The young girl witnessed it all.

The girls needed support to heal their wounds – physically and emotionally – and staff were on hand at Plan’s child-friendly space to help them make sense of what had happened.

This real life event is not a case in isolation. Such situations reiterate that mind should find a central place not just in relief settings, but in disaster preparedness and risk reduction work.

The Third UN World Conference on Disaster Risk Reduction took place in Sendai, Japan recently. The conference provided a good opportunity to stress the importance of a holistic, community-centred approach and to make such work child-friendly.

The prime minister of Japan announced at the conference that his country will contribute over US$4 billion for disaster risk reduction and preparedness in developing countries over the next few years. Material and mind matters are inseparable in disaster preparedness.

The mind matters in a crisis

With disasters frequently occurring across the world, it is imperative adults and children are equipped to deal with them.

Different disasters impact the mind in unique ways. For example, in Japan, the nuclear evacuees face a more difficult future than the survivors of the tsunami, according to researchers from Fukushima Medical University. While tsunami-area people are improving, nuclear evacuees are becoming more depressed day by day.

As for the current Ebola outbreak in West Africa, psychosocial support is important.

Plan International recently conducted research amongst children in Sierra Leone and Liberia. It found that Ebola has challenged the needs of children for loving relationships, hope and self-belief, just as severely as it threatened their physical needs, as many have lost family and friends.

So how do 2 countries in the throes of a huge health crisis cope, when each country employs one practicing psychiatrist each?

Even if physical health care needs are taken care of, people’s minds require attention. Mind is a complex matter and psychosocial support is not all about expert psychiatrists. You can’t stop trauma only with psychiatrists.

If access to treatment for mental health issues is tough to come by – and that goes for aid workers and disaster victims – a community-based approach must be put in place.

During my initial days in the Tōhoku region working with Plan International Japan and CARE Miyagi, I learnt the importance of prepare, play, plan when it comes to disasters and I stand by that motto.

At a global level, donors, the UN must include mental health more actively in needs assessments, programme design – not just after disasters strike, but during and before too.

Planning for the future in a responsible and creative way is essential. Schools serve not only as rescue shelters and places where children can return to normalcy, but as places to educate children about the risk of disasters.

Remember to play hard. Dealing with the mind is complex. But is it too serious to be left to specialists?

No, let people connect with it. Demystify matters of the mind, make it part of popular science – something that is fun to deal with. To make this happen, creative collaboration is key. Plan works with Clowns Without Borders, an organisation that deploys clowns to offer laughter to relieve those suffering in humanitarian settings.

But, if we really want to make a community based-approach a reality, academics and experts must move beyond the walls of their labs, consulting rooms and lecture halls. Japan’s automobile industry demonstrates that through better engineering and design, you can make automobiles simpler and easier to drive.

Perhaps the mental health sector should take lessons from it. It needs to be open to new ideas and to recognise that innovative plans can come from collaboration and community.

An edited version of this blog also appeared on Huffington Post: https://www.huffingtonpost.co.uk/unni-krishnan/playing-mind-games-in-eme_b_6971780.html