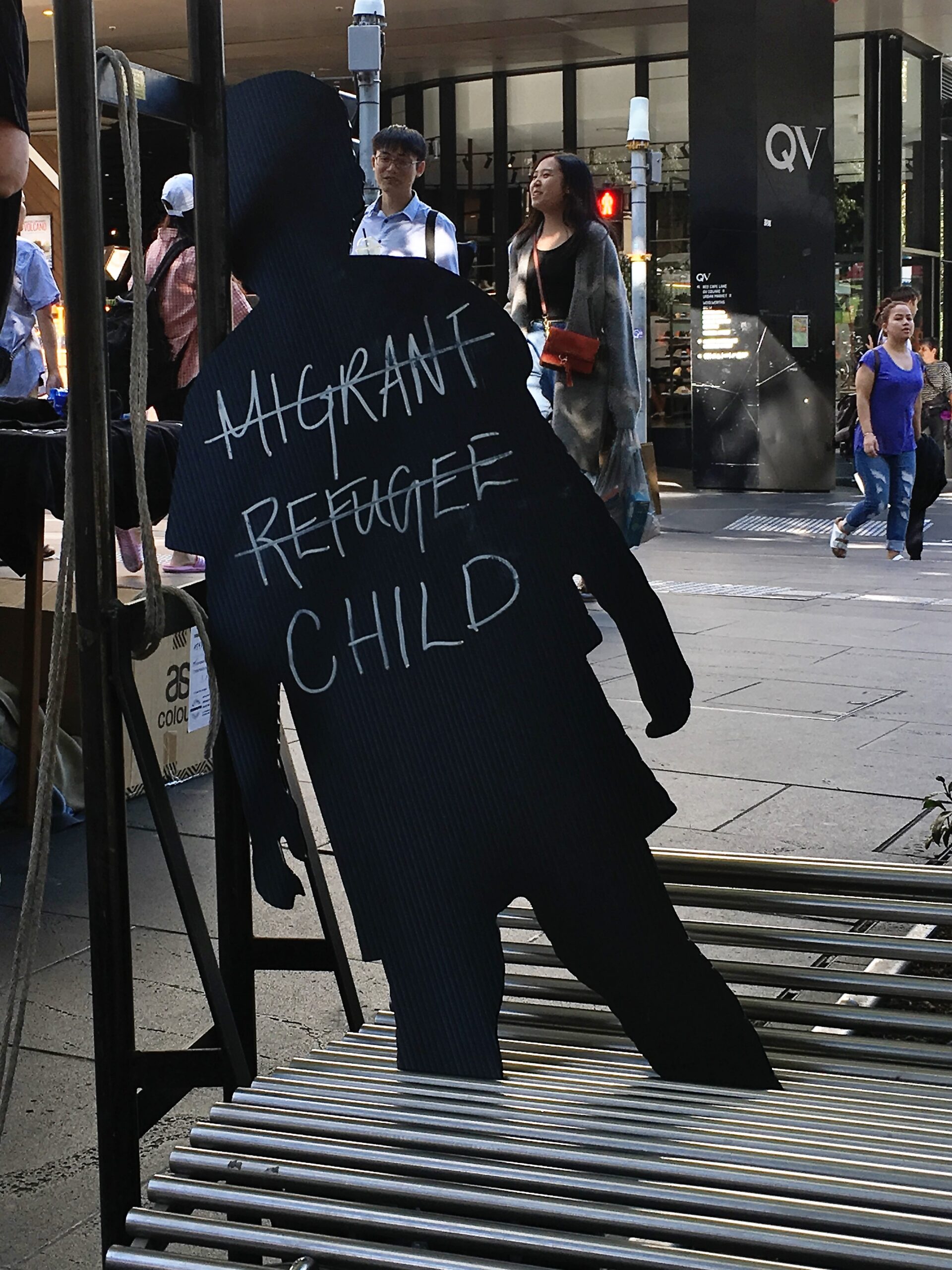 In these desperate times, the world needs to do more, generating a sense of hope, security and protection – especially for young children, travelling without parents and leaving everything they know behind.

This year, hundreds of thousands of people – many of them children – fled their homes in a mass exodus across the globe. They know where they’re from, some knew where they were going, but not everyone made it. Over 3,580 were declared dead or missing in the Mediterranean Sea alone. Thousands are still trapped behind strict border controls.

Escalating violence and suffering has reached an all-time high in Syria, with 2015 a flashpoint. The world is currently witnessing the largest movement of people since the end of World War II. Some 13.5 million people have now been affected by the conflict in Syria alone – almost half of them are children.

Selam, 10, left Damascus, Syria, because of the bombs. The boat taking her to Greece was too small and it sank two hours after she left the Turkish coast. Selam and her family would have died if they hadn’t been rescued by the Greek coastguard, who transported them to the island of Lesbos, from where they boarded a ferry to the mainland.

Selam had no choice but to flee. For her, “The bombs were worse than the sinking boat.”

Yet, with stories of children suffering widespread, why does a lack of humanity still surround the refugee and migrant crisis? Is it down to semantics? Some refer to those on the move as refugees – a person forced to leave their country in order to escape war, persecution, or human rights violation. To others, they are migrants – a person moving from one place to another to find work or better living conditions. Does it really matter?

Words carry weight and terminology too often dehumanises children and their families, leaving them little more than a statistic or a word.

Yet, each child trying to navigate their way to safety is a human, with a name and a story to tell. They have been torn away from their culture and childhood. They are unable to play with their friends and go to school. War and violence have put a break on the life they once knew and some may never go back to school unless donors are more generous. This humanitarian crisis is made up of individuals and children like Selam.

More needs to be done

Over 900,000 people took to the sea, navigating the treacherous journey to Europe, crossing oceans, walking through wasteland and negotiating strict border controls in 2014 and 2015.

Eighty-four percent of those who managed to make the journey safely came from 10 countries considered to be countries on the top of the list from which refugees originate. 51 per cent are from Syria. Modern day exodus of refugees is steered by hope, survival instinct and often a mobile phone.

In this situation, it is necessary to comprehend, respect and honour the international laws that protect the rights of the refugees, migrants and people as humans. The Humanitarian Charter reminds the world that rights, relief, dignity and respect for the people we serve are inseparable. When it comes to such humanitarian settings, International Humanitarian Laws calls for the protection of civilians, especially children and women.

However, legal terms and semantics should never become an excuse for inaction. The world needs to be more – not less – considerate to children and others in need of protection and humanitarian assistance.

According to António Guterres, UN High Commissioner for Refugees: “There is definitely a battle of values, with compassion on one side and the fear on the other.”

True purpose of humanity is about compassion and care of fellow human beings. It means avoiding discrimination. It means getting to the underlying values behind rules and regulations put in place.

It’s clear we have collectively failed to launch a coordinated, coherent and humane approach to this crisis. Lack of political will has left a dark mark on the collective conscience of the world. This needs to change – and it can.

Rays of hope exist and we should build on them, not on the existing fear. To help overcome fear, we need to educate and help better prepare people in Europe and countries receiving refugees. I work for the child rights organisation Plan International and we are supporting refugees in Egypt and Germany. We are committed to continuing and expanding our work. Why? Because, this situation isn’t going to disappear. The UN expects the same level of arrivals in 2016, because “the facts that are causing people to move aren’t going away”.

In these desperate times, the world needs to do more, generating a sense of hope, security and protection – especially for young children, travelling without parents and leaving everything they know behind. For a traumatised child who has braved bullets, bombs and a scary and uncertain boat trip, a humane gesture from a friendly border guard is the last of defence and for some the ‘true face of god’- a ray of hope.

As we step into the New Year, I believe we can make the world a better place. There are a handful of individual and isolated stories of ordinary people showing compassion and care and I am heartened when I hear about them taking care of refugees and migrants arriving into Europe, a continent with a long history of knowing, responding to and hosting refugees.

No child is born refugee or migrant – no child is born “illegal”. Children deserve care, safety and dignity. This comes first and shouldn’t be lost in definitions. To make this happen, politicians need to place people and children over politics; bureaucrats and border police be empowered to put humanity over semantics and keep the borders open and each one of us needs to open our hearts and minds to others- after all, we are not defined by how we describe others, but how we choose to respond to them.

An edited version of this blog also appeared on Huffington Post: https://www.huffingtonpost.co.uk/unni-krishnan/refugees-migrants-or-just-humans_b_8845998.html