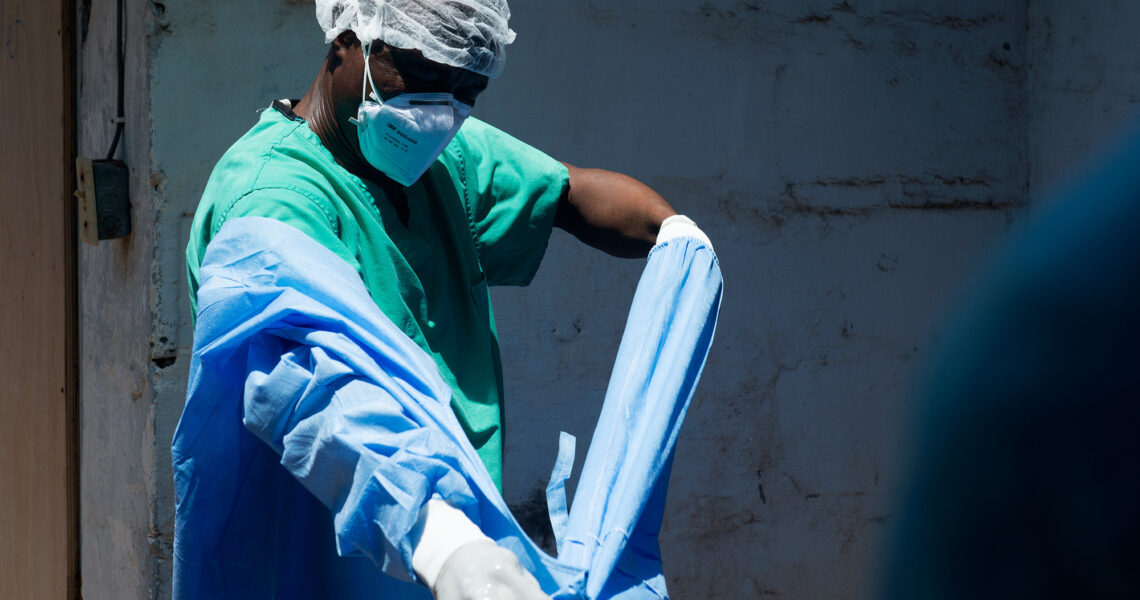 In a world where close to a billion people go to hungry, is there a choice not to be humanitarian?

In a world where close to a billion people go to hungry, is there a choice not to be humanitarian?

On World Humanitarian Day (Aug 19), I am reminded that close to a billion people go to bed hungry every night, making humanitarian work crucial.

Consider this – 24 hours from when you are reading this piece, approximately 24,000 more children will have died worldwide from preventable diseases. This is an everyday reality, but these deaths can be stopped with access to clean water, healthcare, immunisation, safety and education.

When I am asked what inspired me to get involved in humanitarian work, I ask myself if there is any choice when faced with this reality.

Our news headlines are currently dominated by humanitarian crises – the Ebola outbreak; the conflict in Iraq; the occupied Palestinian territories and Israel; the lingering war and food crisis in South Sudan that is threatening the lives of over 4 million people.

In such a world, “ordinary” humanitarian workers are putting their lives on the line* for the sake of others, refusing to give up, providing a source of everyday inspiration amid the crises.

The bravest people in the world are not those who climb Mount Everest, Formula 1 drivers or the armed guards protecting presidential palaces. I believe that the bravest people today are the frontline workers, providing life-saving humanitarian assistance.

Take, for instance, the health workers and the undertakers battling the Ebola outbreak in West Africa. They know the huge risk of contracting the deadly disease, which kills up to 90% of its victims. The current outbreak has claimed 1,145 lives, though reports indicate these numbers could be higher.

It’s not just the threat of the highly infectious virus they have to battle. Health workers and undertakers have all come under attack. The fact that dead bodies are a source of infection has put a stop to burials in usual places.

More than 160 health workers are reported to have been infected, half of who have died. Yet, there has been an armed attack on the patient unit care in Liberia. The outbreak is taking a heavy toll on the frontline workers – both physically and emotionally.

Getting our priorities right:

In a world characterised by violence and human suffering, humanitarian work can only be built on the strong foundations of humanitarian values and principles. We talk in our reports, proposals and budgets of the millions in need, but these are not just statistics – these are real people like you and I, with names, relations and emotions. It is vital to recognise the rights of the people humanitarian agencies serve, as expressed in the Humanitarian Charter.

There are 51 million displaced people in the world right now. But this does not necessarily mean that public engagement with these issues is higher than before. Last year, the global arms expenditure was US $1.75 trillion (i.e. $1,750 billion). A small portion of this money is sufficient to provide clean water, healthcare, education and shelter for all people on earth, and provide humanitarian assistance in all disasters and conflicts.

Earlier this year, during a visit to a Plan child-friendly space in South Sudan in the peak of the armed conflict, 2 children caught my attention – a case in point demonstrating why humanitarian work is so crucial and the difference it makes.

In a group of 100 children, Madiha, 9, and Lina, 4, stood out. It was not their unusual silence that caught my attention, but the way they frequently hugged each other, seemingly involuntarily.

A few days earlier they both witnessed the execution of their parents in Jonglei before fleeing to relative safety. Madiha’s first instinct was to protect Lina. As they made their escape, this 9-year-old child was transformed into a parent to her 4-year-old sister, leaving her childhood behind.

The last few months have been exceptionally busy for the humanitarian aid workers. We were already stretched thin with our ongoing work responding to the conflict and food crisis in South Sudan, violence and displacement in Central African Republic, humanitarian fallout of the crisis in Syria and the unfinished recovery work in the Philippines’ typhoon-impacted areas and Darfur.

For every major disaster reported, there are several unreported crises. Add to this the flare-up of Ebola, the fallout of the conflict in Gaza and Israel and the displacement in Iraq – all unfolding simultaneously.

This means, at work, you move from one crisis to the other during the day. In such circumstances a normal day could be 24/7 – especially if you are doing media interviews and coordinating with aid workers on ground.

It also means reserving a good portion of this time to listen to colleagues who are on the frontline – their anxieties, concerns and aspirations.

But humanitarian work often produces instant results – and that makes you get back to work 10 minutes early the next day.

An edited version of this blog also appeared on Huffington Post: https://www.huffingtonpost.co.uk/unni-krishnan/world-humanitarian-day_b_5692929.html