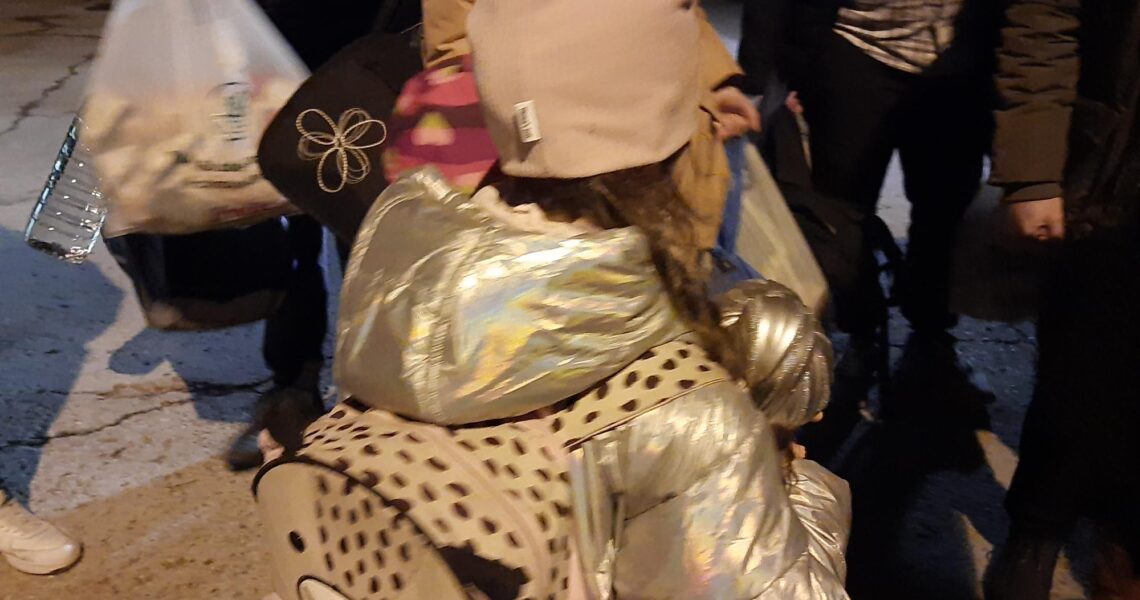 There is no suffering left in hell. It is all in the minds and lives of children impacted by war and violence.

In the relative comfort of a temporary reception center in Galati, on the Ukraine-Romania border, seven year-old Anna* arrives with her mother, Sofia, and grandmother after fleeing bombs in their home town of Odessa.

“It was an unending nightmare, and nerve-wracking,” says Sofia, referring to the journey, where the family encountered long traffic jams and road delays. News about more bombings, potentially causing harm to civilians, only amplified their anxieties.

There is no suffering left in hell. It is all in the minds and lives of children impacted by war and violence.

Worse, Anna has stopped talking. The child talks only in her sleep, Sofia tells me, and hugs her mother close. Anna witnessed explosions and death back in Odessa – scenes a child should never see. She is also upset because they couldn’t bring Sheyla, her pet dog, along with them. Anna used to sing in a choir in Odessa Opera House, her grandmother – also an artist – tells me proudly.

Now, with just three backpacks between them containing precious belongings, the three generations – two women and a girl – must find their way to safety.

Refugees on the move

Refugee children and women pass through here each day in their hundreds. Two weeks on, relentless bombing and the conflict in Ukraine have uprooted over 2.6 million people, most of them women and children. War and violence rob children of their childhood – and these things silence them too. A child’s silence is often their story, and addressing the emotional needs of children and survivors of wars and conflicts should be a priority in humanitarian relief efforts.

In wars, conflicts and refugee settings, child protection risks and other factors amplify human suffering. At the border between Ukraine and Moldova a couple of days ago, women were carrying their newborn babies, born since hostilities began. The babies had spent their first days living in bunkers. They don’t have birth certificates or other identity documents. Now, with their mothers, they’re stuck at the border for several hours.

Even while the absence of identity documents is delaying their movement into relative safety, unkind weather is multiplying their misery. On the day of my visit there was snow; weather conditions were freezing at minus two degrees centigrade. Most refugees left their homes with a single snow jacket. Freezing weather conditions take a heavy toll on young lungs.  Pneumonia is the single largest infectious cause of death in children worldwide.

Amid a steady flow of refugees in the reception center in Galati, Sofia is pulling herself together and making plans. “Life must go on,” she says, reflecting on the three generations of her family displaced by various wars and conflicts. First her own mother – displaced as a young child – then Sofia, uprooted from her original home when conflict escalated in Donbas a few years ago. Now the latest conflict in Odessa, necessitating that the family of three generations must flee their home once again.

“I have to take care of her,” Sofia says, pointing at her daughter. Call it resilience or bravery, but it’s children who motivate mothers to look to the future.