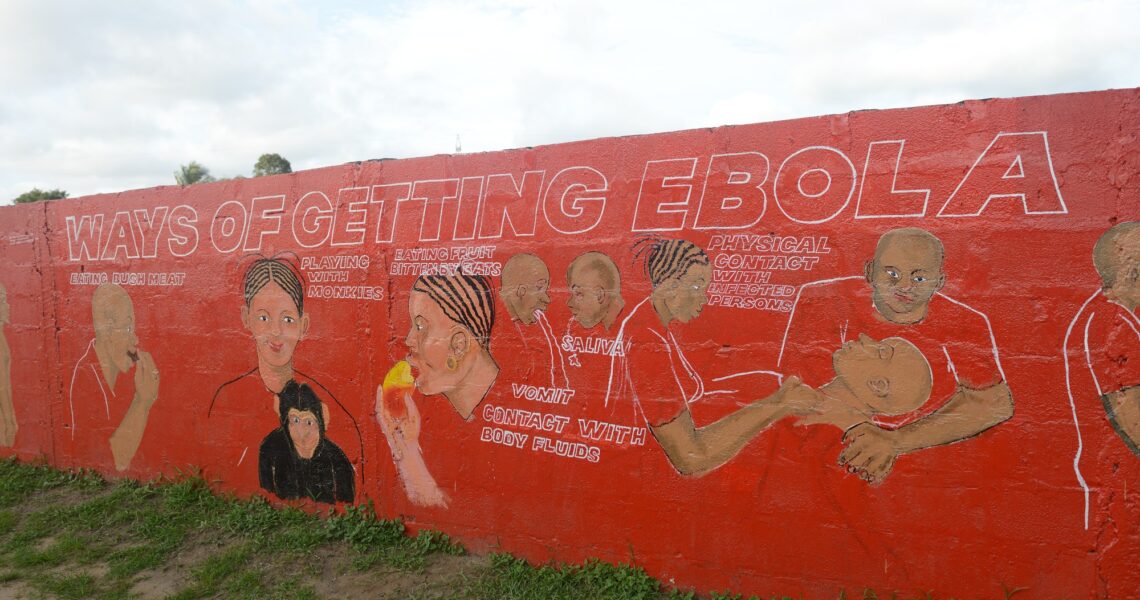 Liberia, Sierra Leone and Nigeria have declared Ebola as national emergencies. The Military has been deployed in an attempt to quarantine people and stop their movements and therefore the spread of the disease to new areas. These are not scenes from fictional Hollywood movies such as ‘Outbreak’ or ‘Contagion’- this disaster is unfolding in real time, in West Africa.

The World Health Organization (WHO) has declared the outbreak an international public health emergency demanding an “extraordinary” response.

We are in a situation where the deadly outbreak is threatening to kill more people in West Africa and beyond. What is needed now is not a speculative prediction, but collective global action to invent Ebola’s future. This is a decisive moment in the battle against Ebola. Time is running out fast, millions of lives are at stake and the world needs to act now. Investing in public health systems and disaster preparedness measures is the best way to invent the future trajectory of the Ebola outbreak.

Ebola is one of the world’s most virulent diseases and it spreads through contact with an infected person’s bodily fluids. Initial symptoms are the sudden onset of fever, intense weakness, muscle pain, headache and sore throat. Such common symptoms make it hard to detect Ebola easily. There is no vaccine or cure and Ebola kills up to 90% of those infected, making it a ‘doctor’s nightmare’.

Complementary care such as rehydration can help to save lives in some instances. Stopping the spread, through public health promotion and better awareness, is the best way to reduce infection rates and reduce deaths.

Ebola – one step ahead of response:

The easy movement of people across porous borders between countries; the initial gross under estimates about the ability of the disease to spread; the lack of information; risky burial practices and above all weak public health systems and poverty have all contributed to Ebola’s steady spread, making it the most complex outbreak of the disease in history.

Over 160 health workers are reported to have been infected, half of whom have died. This illustrates the risk of infection as both health workers and families care for the sick. Rumours are also rife on the ground making an already challenging response even more complicated. In some cases, local mobs have attacked health workers forcing emergency centres to close.

Until now, Ebola has been one-step ahead of the response and unfortunately, it is not showing any immediate signs of slowing down. Efforts have consistently failed to accurately predict the course of the current outbreak. If anything, the number of cases and deaths continues to spiral.

The WHO declaration is expected to bring much needed public health specialists and financial resources to fight the crisis in the impacted countries. The current outbreak is an unprecedented crisis with global dimensions-it is both the longest and largest outbreak in terms of deaths, infected cases and the number of countries affected. In addition to precious lives, psychological and economic impacts can be catastrophic. The World Bank estimates that the outbreak will reduce economic growth in Guinea, where the outbreak originated, from 4.5% to 3.5% this year.

Local health workers and aid agencies such as Plan International, Médecins Sans Frontières (Doctors Without Borders) and International Medical Corps have been on the frontline, fighting a battle with limited resources and increasing challenges.

Turing the tide of this deadly disease is now the collective responsibility of the world. Better and humane care for those that are infected as well as building strong public health systems are fundamental- not only to deal with this outbreak, but also to respond to future shocks.

The Outbreak’s next phase: don’t just predict it, but invent it.

The outbreak is not showing any signs of slowing down and thus it is not an easy moment to predict its future. Dr. Thomas Frieden, Director of the Centers for Disease Control and Prevention, testified before the US government’s senate committee last week. He warned that it will be a ‘long and hard fight’. He described a worrying picture which he called a best case scenario:it will take at least three to six months to end the outbreak. “If you leave behind even a single burning ember, it’s like a forest fire,” he said. “It flares back up.”

To invent the future of this outbreak, rather than just to make a prediction, here are the first steps that need to be taken.

1) Intensify care and support (including emotional care) for infected people, their families, health workers and caregivers through additional isolation care and support units across the impacted countries.

2) Reach out to the most vulnerable people such as children and women who are often in far-flung remote pockets. This step must be complemented by reassurances to save lives of those who come forward to such health care units, preferably through appeals by heads of nations and local leaders. There are distressing reports of infected people being left in the streets to die for fear of contamination. This must be addressed with the utmost seriousness- through setting up better health care facilities and public health communication. If not, it will leave a permanent dark mark on the collective conscience of the world.

3) While the four West African countries with confirmed cases should be the first priority, it is time to shift gears and step up surveillance and public health promotion in the other seven countries that are on alert (Guinea-Bissau, Senegal, Mali, Ghana, Benin, Burkina Faso and Niger). Act now to stop Ebola reaching these countries.

4) The outbreak has exposed the underbelly of weak health infrastructure in the impacted and countries on alert. Most of them are at the bottom of the human development index and have some of the weakest public health systems in the world. Conflict destroyed most of the health care facilities in Liberia and Sierra Leone. Both countries have approximately one doctor per 35,000 to 40,000 people. WHO recommends one doctor for every 10,000 people. By contrast, in Europe, there is a doctor for approximately for every 300 people. Guinea spends approximately 1.6 % of its GDP on public health, in comparison, France spends 8.9 %.

5) Rich nations and emerging economies need to be generous and deploy all possible resources to intensify the battle against Ebola. Despite the recent injection of funds by the WHO, the World Bank and European Commission, the response has been massively underfunded. It is in the best interest of the whole world to intensify the battle against Ebola and stop its spread. It is an irony that lack of resources are hampering efforts to save lives and containing the outbreak in a world that spent US$1.75 trillion on military expenditure in 2013.

6) Neglected tropical diseases continue to cause significant death and health complications in the developing world. Yet, only a tiny portion of the total funds for research globally is spend for diseases such as Tuberculosis, Malaria and HIV. In 2012, an estimated 627, 000 malaria deaths was recorded worldwide – most(90%) occurred in sub-Saharan Africa and in children under 5 years of age (77%). Investments are needed for research and to develop cure for such diseases.

The outbreak is a wake-up call to build strong public health systems, including disease surveillance measures; early warning systems and improved epidemic preparedness measures. Well prepared health workers can fight not just the Ebola outbreak, but other epidemics and disasters too. Investing in public health systems and disaster preparedness measures is the best way to invent the future trajectory of the Ebola outbreak.

An edited version of this blog also appeared on Huffington Post: https://www.huffingtonpost.co.uk/unni-krishnan/ebola-outbreak–_b_5672902.html