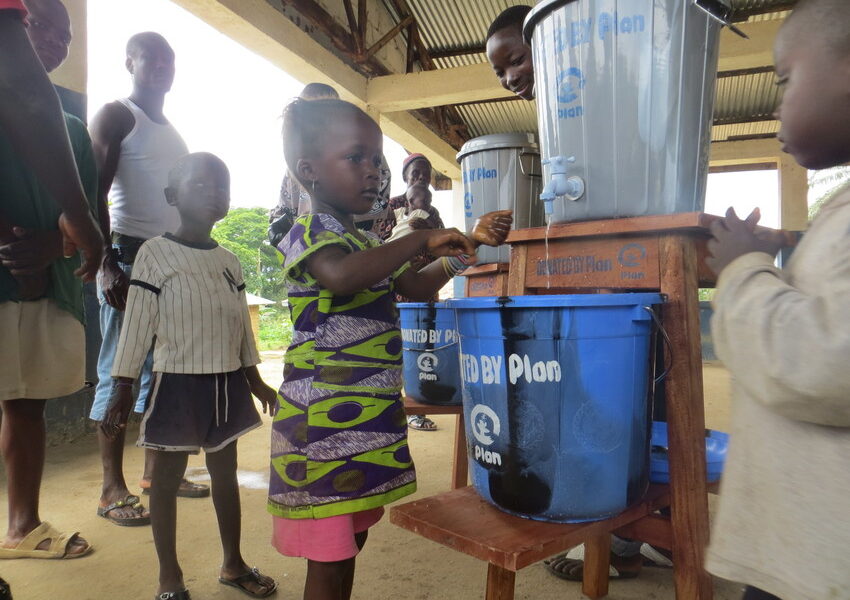 Only one-quarter of the $1 billion that U.N. agencies have appealed for to tackle Ebola has been funded. In the context of this fast moving crisis, this exposes the lack of genuine commitment to deal with the situation in West Africa that is threatening to become a global crisis.

Two countries have been declared Ebola-free over the past week- Senegal and Nigeria. This is a significant development, especially because these two countries are in the same region of West Africa, where more than 4500 people have died as Ebola rages in three countries. There was potential for these two countries (especially in Nigeria with its dense population) to follow Liberia, Sierra Leone and Guinea, where the infection is raging.

Ebola, a deadly viral disease that has no proven cure, continues to kill people at a pace that is unprecedented. The elusive virus spreads fast, several steps ahead of the response.

What does declaring a country Ebola-free mean? When a country doesn’t detect a new case of Ebola in 42 days (under a functional health surveillance system), the government of the affected country, in collaboration with the World Health Organisation (WHO) and international partners make an official declaration of the end of the epidemic. 21 days is the critical incubation period when the virus breaks a healthy person, affecting internal organs, eventually leading to death in up to 90 % of the cases. In the ongoing outbreak in West Africa, 95 % of the cases had an incubation period of 21 days and almost 100 % are within 42 days. UN estimates that the fatality rate in the current outbreak around 70%.

There is a big contrast between the now-contained outbreak in Nigeria and Senegal and the Ebola hotspots. -Guinea, Liberia and Sierra Leone remained unreported and so ‘invisible’ for the rest of the world for months since the first cases were reported back in March. However, in Nigeria, the first case was detected at an airport when a passenger stepped out of a plane and collapsed with Ebola symptoms. The case and the response it evoked unfolded in front of global media glare. It meant public and policy attention and a strong, instant response. It was reportage about this first case in Nigeria that tilted media coverage of Ebola, bringing global attention to the hotspots as well.

Lessons from Nigeria will help contain the outbreak elsewhere, especially other countries that are on high alert. Six key factors have contributed to containing the outbreak in Nigeria.

Nigeria had a good head start compared with the other three countries. Ebola became a talking point in the media once it struck. Alert officials and their quick response meant that an elusive virus could be chased away before it could spread in the country. Preparedness helps save lives. One key lesson from responses to natural disasters is that better preparedness is several times more cost effective than knee jerk responses. When a country prepares for one disaster, it automatically gets better prepared to deal with several disasters.

Nigeria was quick to accept that there was a crisis and declared Ebola as a national emergency the moment the first case was confirmed. Doctors, nurses and hospitals alone cannot fight epidemics. One great lesson about epidemics comes not from medical textbooks, but from a novel published in 1947The Plague, by Albert Camus- ‘The best way to fight the plague is being honest about it’.

Sometimes the authorities are hesitant to declare epidemic outbreaks fearing that such a disclosure might work against business and tourism. This has often seen the case of cholera epidemics. In such situations humanitarian agencies had to fight with two challenges – the disease and the silence about it. In Nigeria the response became easier because of the government’s honest approach.

Nigeria improved awareness and public health messaging and promotion, and performed some brilliant medical detective work, using contact tracing – identifying and diagnosing persons who might have come into contact with an infected person -to help contain the spread. Nigeria has got better health systems compared with the Ebola-affected countries in the region. Active social mobilisation helps to contain a disease outbreak.

Quick declaration of a state of emergency, and setting up an emergency centre to coordinate Ebola response centre by the Nigerian government contributed to the country’s response on a war footing. Ministers came on air to assure people about an effective government action. Authentic voices can give people a sense of control of the situation and optimism. The government’s emergency operations centre ensured a synergy among UN, CDC, NGOs, experts, officials and others. Coordination, collaboration and collective capacity are key to fight epidemics and disasters.`

Nigeria quickly started training local doctors on Ebola response. Medecins Sans Frontieres, government experts and others came together, and this synergy enhanced local capacities. For example, Nigeria’s polio team was deployed to deal with Ebola very quickly, so existing infrastructure and expertise on health and public health communication could be effectively used. It is not that Polio work is less important; rather that Ebola, is a fast-paced killer disease that requires more focused attention now. In a crisis, leadership is also about ensuring effective coordination and finding the right balance between urgent and important work.

6. Dealing with rumours and the fear factor:

Dealing with the crisis is one thing, dealing with perceptions and rumours is quite another. The fear factor is an important characteristic of the Ebola crisis. Throughout the world, not just in West Africa, the type of questions and concerns expressed by people across the world stem from the level of ignorance and misinformation that is spreading. Nigeria was able to communicate so effectively that the infection no longer means a collective death sentence. They also dealt with the rumours, which came over the airwaves, regarding infected migrants coming into the country. They kept the borders open and did better surveillance. Effective use of the media, not just to report, but also to inform and educate people, had a big impact. In this crisis media and communications is not just a supportive function, it can be a lifesaver.

Is the story over? No, it is far from over. The case- load is increasing in Liberia, Guinea and Sierra Leone each passing day. Cases are doubling now every three to four weeks. WHO warns that the Ebola outbreak could grow to between 5,000 and 10,000 a week by early December. While the Nigerian and Senegalese experiences should serve as a ray of hope and inspiration for others, these two countries should not let their guards down, as it is possible that new infections and even outbreaks can occur.

In the impacted three countries, this crisis is far from over, and this is where international assistance is crucial. The situation is dire. There are only limited numbers of doctors, health workers and Ebola care units. UN Special Envoy for Ebola, Dr. David Nabarro, told the U.N. General Assembly that the response needs to be 20 times greater.

Only one-quarter of the $1 billion that U.N. agencies have appealed for to tackle Ebola has been funded. In the context of this fast moving crisis, this exposes the lack of genuine commitment to deal with the situation in West Africa that is threatening to become a global crisis.

Will the real situation in the three affected countries and the positive lesson from Nigeria and Senegal make the world become more generous? Reports indicate that the number of new people who get admission to an Ebola treatment unit on any given day depends on how many beds became empty the previous day. That is a grim scenario. Ebola patients empty their beds by not always walking away cured. To change this situation and save lives, donors need to act now. Translation of pledges into action and funds in real time is key. Speeding up a good response is not only the right thing to do, but the best thing when you fight a virus. Each passing day will cost the world more.

An edited version of this blog also appeared on Huffington Post: https://www.huffingtonpost.co.uk/unni-krishnan/ebola-progress-and-hope_b_6045000.html