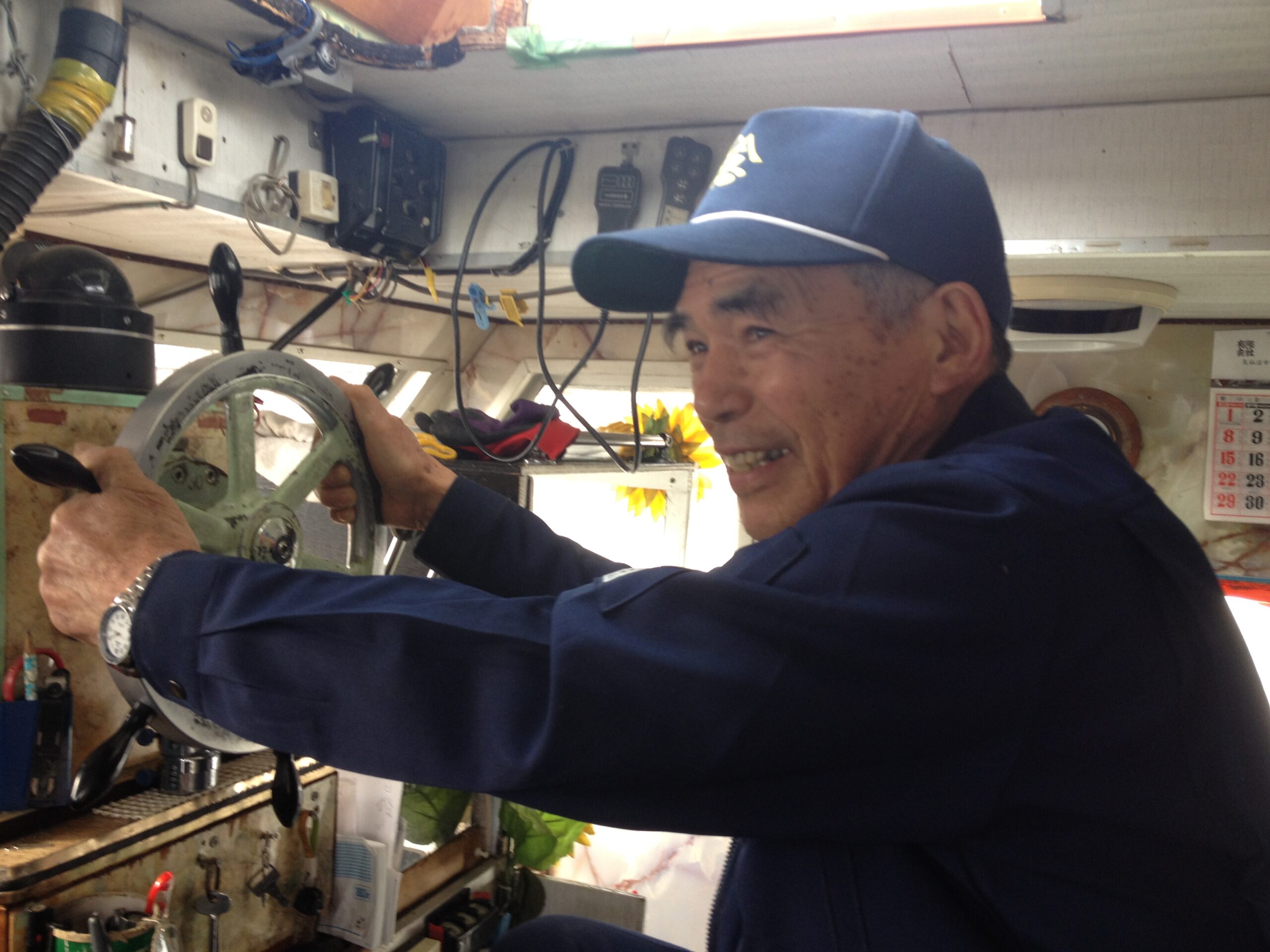 Standing on the bridge of the Himawari (sunflower), the boat Susumu Sugawara, 72, sailed for over 40 years, he recalls how he braved the 20-metre-high tsunami waves.

“I was not sure whether I was going to make it,” he says. “It was like sailing through a mountain range. The monstrous waves kept coming one after another. I lost count and felt dizzy.”

Sugawara vividly recalls 11 March 2011, the day an undersea earthquake, measuring 9.0 on the Richter scale, hit off the coast of Tohuku, Eastern Japan.

Waves rose up to 40-meters high, sweeping through Japan’s Tohuku region, killing approximately 16,000 people. The earthquake and tsunami also damaged the nuclear reactors in nearby Fukushima. Thousands were affected by the compounded disaster. The nation was in shock.

I was deployed immediately to support the work of Plan International Japan. In the Sakuragi Hanazamo (cherry blossom), a kindergarten in Tagajo, 20 kilometres from Sendai, I saw toys and cartoon books scattered, half buried beneath a layer of mud. I still shudder when I think about it.

Aftershocks came day after day. Some children told me they feared the noise of the toilet flush, and the sight of water swirling down the bowl – it reminded them of tsunami waves. Others thought the world was coming to end.

Rumours flew thick and fast – about Fukushima spewing lethal radiation, about another reactor collapsing…everybody was stressed.

I spoke to a journalist on the ground, who was dispatching story after story of death and destruction.

The day I spoke to her many bodies had been washed ashore. Keen to distract her from those deeply upsetting images, I asked her about the most positive story she had filed.

She told me about Sugawara, a boatman in a remote island in the tsunami-affected area, who not only saved himself but also saved many lives. It was more of a passing remark, but I knew there was more to it.

When I went back to Japan in March 2015 for the World Conference on Disaster Risk Reduction, I took a day off. I was determined to discover this hero whose story had stayed in my mind.

Accompanied by my ever helpful local colleague Shinya Bamba, I went looking for the bold man. The journey to the small island village of Oshima was arduous – we hired a car, took a train and

then sailed a boat to reach this island. After a long wait for nearly 4 years, I was excited to meet him and equally anxious to listen to his story. It was truly inspiring. Sugawara was home, with his daughter and grandchildren, a radio crackling in the background.

After he felt the earthquake, Sugawara heard on the radio that a tsunami was making its way to his village. He told his daughter to take her children and move to a higher place. His daughter and grandchildren joined the islanders who were already fleeing.

He knew he only had a few minutes. Weighing up his options, he ran in the opposite direction – towards the sea. A few local dozen boats were docked on the shore. He knew once the tsunami hit, everything

would be destroyed. He grabbed some instant noodles, jumped into his boat and steered away. Huge waves rose high above his head. Even to this day, goosebumps prickle on his arm when he recalls the story. “The waves were real monsters.”

He stayed in the sea for a day. “I was anxious and worried about my family and my grandchildren,” he tells me. When he arrived back on the island next day, everything had changed. “Nothing was left, the waves had wiped out everything.” Many, too many, had died. There was no aid, no helicopters had spotted them.

For the next three weeks, Sugawara transported people from his island to the mainland for treatment and aid. On his return, he brought back food supplies. The sea was full of debris and sailing one way took an hour. In the initial days, his boat was the only life-line, especially for the many children.

I asked him why he ran towards the sea. Sugawara said he knew that until the tsunami hits the coast, the sea is safe. He wanted to save his boat and help the islanders.

Four years on, the boat is intact, seaworthy. “You need to treat her like a true friend,” he says patting the helm of his boat. “She saved my life.”

3) The first response is always by local people.

In May 2016, when world leaders assemble in Istanbul for the World Humanitarian Summit to develop plans to stop disasters and their impacts, I hope Sugawara finds a place to tell his tale to the world. His life story is a crash course for disaster planners. Knowledge for Life is the theme for this year’s UN’s International Day for Disaster Reduction. Experience is often a good teacher and Sugawara’s experience is a great lesson in disaster management.

An edited version of this blog also appeared on Huffington Post: https://www.huffingtonpost.co.uk/unni-krishnan/the-bold-man-and-the-sea_b_8378298.html